Mount Manaslu (8,163m) is the eighth highest peak in the world. The Manalsu Himalayan Range is adjacent to the Annapurna Himalayan Range. Manaslu trail has become a popular destination after Annapurna Circuit route in this region. So, this article is more specific to Manaslu circuit trek cost.

There are many reasons why Mount Manaslu trek is similar to the Annapurna Circuit trekking. The elevation is similar in both the regions. Larke pass is the maximum elevation in the Manaslu circuit trek having 5,106 meters from sea level. The trek can be extended with the Thorung la pass (5,416m) also of Annapurna trail.

The settlements are also similar in both regions having great cultural diversity. Some part of Annapurna route is also the same for Manaslu Circuit trek. Like biological diversity in both the regions is the major factor to develop Manalsu trek as an alternative destination to Annapurna Circuit trip.

Because of the special trekking permit provision for Manaslu region, there are not many trekkers. This is ideally suitable to the travellers who are looking for quiet and less-crowded trail. However, the Manaslu circuit trek cost is also one of the major factors to limit the number of trekkers in the region.

Apart from the conservation permit, all foreign trekkers need special permit which is issued by Department of Immigration. It is also important to note that no individuals can travel in the Manaslu Conservation Area alone. A group of TWO persons minimum are needed and only government registered trekking companies can apply for Manaslu trekking permits.

The Manaslu Conservation Area Permit costs Rs 3,000 (US $27) for foreigners while it costs Rs 1,000 (US $9) for travellers from SAARC member countries. Children below 10 years can travel free of charge.

The accommodation facility is basic through the entire Manaslu Circuit trail. Due to limited number of facilities, it is better to start early and finish at the points as per suggested in the trekking itinerary.

Meals: Cost of meals depends on the remoteness of the trek. The higher you go, the more expensive. On average, a set of meal can cost from $7 to $9 and a total of $25 to $30 per day is sufficient for meals on this trek.

Accommodation: Basic accommodation is available on the Manaslu Circuit trek. The cost is usually based on double sharing room. It costs from $5 to $10 depending on the season.

The cost doesn’t include their transportation and tips though. Tipping is not mandatory but customary. The guides and porters expect some kind of gratitude at the end of the trek in the form of tip. There is not a rule for it but $3 to $5 per person per day to each of the guide and porter will be a reasonable amount.

There are other costs associated for shower/bath, charging of your electronic devices, drinks and donations.

Interested on Manaslu Circuit trek? Complete the following inquiry form, we shall respond you promptly. 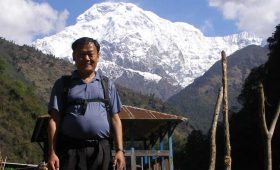 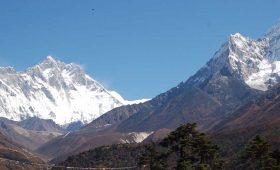 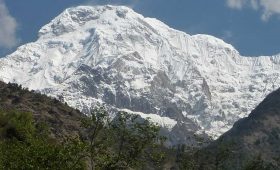