Nepal is a popular destination amongst adventure travellers. Besides trekking and mountaineering, many activities can be performed during the different course of time. If you are thinking for a holiday in summer and not sure where to go, then Nepal is the right destination. Here we are displaying a list of activities that can be done during summer seasons in Nepal. Thus, Nepal is also known as the country for all seasons.

5 best trips to do during summer in Nepal

Kathmandu is the capital city of Nepal and it is one of the few places of the world which has seven world heritage monuments within a radius of 20 kilometers. The Kathmandu Valley is surrounded by four hills such as Shivapuri, Phulchowki, Nagarjun and Chandragiri. Day hikes are available to each of the hills and it is feasible all the year round. Nepal is also known as the Land of Gods, Goddesses and Festivals. Being the capital city, Kathmandu holds a multi-cultural, multi-religious and multi-ethnic way of life. It simply maintains a religious harmony and peace.

Weather in Kathmandu is charming and it is an ideal place to travel in summer also. A visit to the Pashupatinath temple in July-August is one of the main deeds for the Hindu devotees. The living Goddess Kumari, worshiped as a living incarnation of protective deity Goddess Taleju is one of the most popular attractions among the tourists. Nuwakot is yet another centre of attraction for a day trip. Nuwakot lies towards north of Kathmandu and is famous for the ancient Nuwakot Palace and awesome mountain views. Similarly, Nagarkot and Dhulikhel view points are available for overnight halt with the beautiful views of Himalayan panorama.

Brief introduction of points of interest in Kathmandu

Pokhara  is another place of interest and lies about 200 kilometers west of Kathmandu. A fine road along the Trishuli River connects Kathmandu and Pokhara. There are many comfortable tourist buses available every day. Alternatively, Pokhara is reachable by a 25-minute flight as well. Pokhara has a breathtaking view of mountains, lakes and hills. The historic and cultural heritages make Pokhara more attractive so that it is a place not to miss and an ideal holiday destination to go with family and children.

The Pokhara Valley generally receives more rainfall and it helps to keep the city cool and tidy. Small hiking and trekking opportunities from a day to few days are available in and around Pokhara. If time permits, Poonhill trek comes in high recommendation. Though it rains a lot in August, it gives a tremendous excitement to your holiday. While coming back, Bandipur visit could be worthier. There are nice ancient and traditional lodges available for overnight rest. Bandipur is the traditional Newari village located on the hillock and offers scenic Himalayan views.

It is the birth place of Lord Buddha located about 300 kilometers west of Kathmandu. An extended trip of Pokhara to Lumbini is the best way of achieving more in comparatively less amount of time in the most economic way. It is generally hot in Lumbini in summer but this should not be the reason to stop your journey. The Mayadevi temple and monasteries give the sensational feeling and make the trip meaningful. If travelling to India overland, Lumbini is the place not to be missed close by the Sunauli border.

Mustang lies within the world’s highest mountain range to the north of Pokhara and just south of Tibet Autonomous Region. Mustang is one of the last places in the world where traditional Tibetan culture remains intact. All foreign trekkers need special trekking permits to enter into Upper Mustang region. The permit is generally issued for a period of 10 days. It costs US $50 per person per day and require a group of minimum two persons to trek through Upper Mustang.

Lo Manthang and other villages in Upper Mustang are still untouched by the outside world. The 14th century monasteries are found active to preserve this magnificent Trans-Himalayan Kingdom with their unrivalled Buddhist shrines with cliff hanging monasteries, thankas, mandalas, deities and cave dwelling people. Upper Mustang is one of the few parts of the country that is suitable to trek during the monsoon also. It is no worse to visit during July-August.

Among the 77 districts, Dolpo is the largest and rich in terms of natural and cultural heritages. Because of it’s remoteness, the region remains as an isolated part of Nepal. A trek through Dolpo will be an experience of lifetime. The major attractions of Dolpo region is the wild and pristine landscape which is unlike to most other parts of Nepal.

Likewise, Nepal’s deepest lake Phoksundo, the highest mountain of the region- Churen Himal (7,381m), the local traditions associated with religion, culture and customs are the added attractions of the region. The majority of Dolpa lies behind the rain shadow of the Dhaulagiri Himalayan range. Shey Gompa monastery is said to be of 800 years old.

Dolpo is also famous for Yarchagumba, a combination of fungus and a caterpillar found above 3,500 meters. This is an herb and believed to be useful for people suffering from various problems. Being the rain shadow area, July-August is no less interesting time to visit Dolpo.

Despite the heat and rainfall during summer, it is always memorable. The selected activities can fulfill both adventure and luxury holidays. Whether your visit is for business or pleasure, there are activities available for a few hours to weeks throughout the season. Your travel to Nepal is an inspiration to the rest of the world to support her economy through tourism. So, we have listed the popular 5 best trips to do in summer seasons in Nepal.

Need help on planning a holiday during summer, please let us know by e-mail: 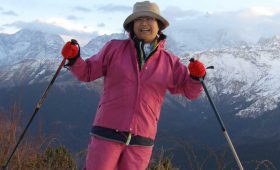 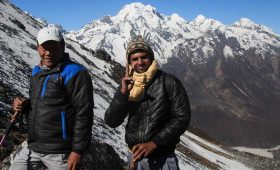