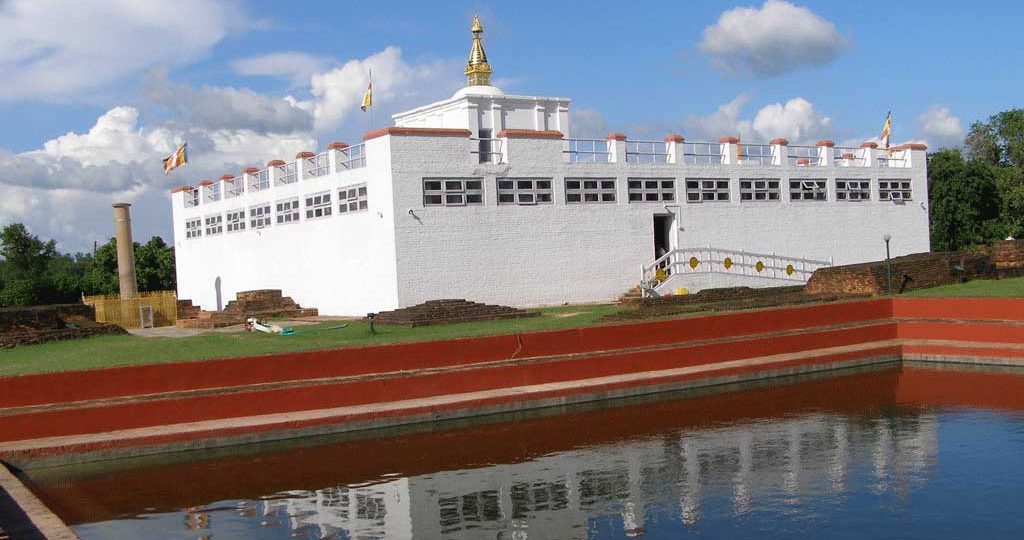 Nepal is regarded as the birthplace of Lord Buddha. There are many Asian countries where Buddhism is one of the major religions of the nation. So, Nepal is an important pilgrimage destination among Buddhist people. Lumbini is the place where Buddha was born and lies in the middle-western part of Nepal, about 315 kilometers from Kathmandu. Here we are covering a classic tour of ‘Buddhist Circuit trekking in Nepal’.

This tour covers the major places that have connections with Buddha’s life events at a time. Among them, a total of three World Heritage Sites such as Boudhanath and Swoyambhunath in Kathmandu and Lumbini, the must visit place are included. The Buddhist Circuit tour covers the visit of Buddhist cultural sites and monuments in Nepal that have a great archaeological value and are well-preserved.

Besides, monasteries of Kopan, Namo Buddha and Pharping in Kathmandu are other attractions of this tour. Tilaurakot, Kudan and Ramgram are also connected in the circuit including Lumbini while trekking out of Kathmandu Valley. The tour also includes the mesmerizing Lake City Pokhara before concluding it in Kathmandu. Pokhara makes the travellers spellbound with its panoramic views of the great Himalayan range.

Likewise, Tengboche Monastery in the Everest region, Shey Gompa in Dolpa and some prominent monasteries in Mustang are other major sites for trekkers who are interested for Buddhist Circuit trekking in Nepal. Muktinath and Halesi are the popular religious shrines for both Hindu and Buddhist pilgrims. Muktinath temple can be visited by Jeep or Helicopter for time-bounded travellers and Halesi tour can also be customized in either way.

After reception at the airport, we shall then transfer you by a comfortable vehicle to the hotel in Kathmandu. It will follow a brief pre-trip meeting by our Tour Manager.

After breakfast, sightseeing tour starts to Swoyambhunath, Boudhanath, Kopan Monastery and Patan. The 36-meter tall one of the largest Stupas in the world also refers to as the Tibetan Buddhism in Nepal. Kopan Monastery lies to the north of Boudhanath in the Kopan hill. It also offers the magical views of the Kathmandu Valley for miles. Dominated by a magnificent bodhi tree, it is a place for teaching Buddhist traditions, values and meditation. Patan consists of many ancient Buddhist ‘Bihars’. Finally, drive back to the hotel.

After breakfast, tour begins to Pharping in order to visit Padmasambhava’s asura cave. There is a faith that Guru Padmasambhava attained the state of enlightenment in Pharping. When the Pharping visit is over, the tour further continues to Namo Buddha near Dhulikhel. Namo Buddha is an important pilgrimage site among Buddhists as they believe the relics of the past life of Lord Buddha lie in a monastery in Namobuddha. Stay overnight in Dhulikhel.

After completing breakfast early morning, the journey starts for 7-8 hours passing through the raging rivers, forests, villages, towns to arrive finally in Lumbini. Lumbini is the birthplace of Lord Buddha. The Buddhist Circuit tour is incomplete without visiting Lumbini. In the late afternoon, we proceed our tour to see the place where Gautam Buddha was born (623 BC).

Day 05: Visit of the Lumbini Sacred Garden followed by some prominent monasteries. Drive to Ramgram (45km) and return to Lumbini.

After breakfast, the tour starts again with the visit of the Sacred Garden where Buddha was born, Sacred Pond where Queen Mayadevi (Buddha’s mother) had taken a bath before giving birth to Buddha. It is also worthy to see some prominent monasteries in the Lumbini area. Later, drive to Ramgram. Ramgram Stupa made of kiln-burn bricks lies on the banks of Jhorahi River in Nawal Parasi. According to the Buddhist manuscripts, the seven meters tall Stupa houses sacred relic of Lord Buddha. After the tour of Ramgram Stupa, we will drive back to Lumbini for overnight stay.

After breakfast, drive starts to visit the ancient Tilaurakot and Dhamnihawa to see the Twin Stupas which are believed to have been built commemorating the king Suddhodhan and queen Maya Devi. Afterwards, we proceed towards Kudan- the ancient Nyigrodharama. It is believed that Lord Buddha met his father King Suddhodhan for the first time after his enlightenment in this village. Lord Buddha is believed to have preached five important sutras of Majhimnikaya to 800 disciples at this very place. Then we continue to explore Gotihawa where Krakuchhanda Buddha was born and attained enlightenment. Drive back to Lumbini for overnight stay.

After breakfast, the journey begins again early morning to Pokhara via the scenic yet adventurous and zigzag road through Siddhartha highway. Once reaching to Pokhara, one feels to be in the paradise. The panoramic views of the mountains, lakes and moderate temperatures are enough reasons to make this a heavenly place.

Early morning, we will wake you up for a short drive to Sarangkot in order to witness the Himalayan panorama that dominates the Pokhara City. We will then drive back to the hotel for breakfast. We are now ready to visit the World Peace Pagoda. It is a massive Buddhist Stupa located on a hillock (Rani Ban) in the southern hill of Fewa Lake. In the afternoon, boat riding on the beautiful Fewa Lake becomes truly mesmerizing where we can see the Fishtail Mountain on the backdrop. You are free to explore the colorful town in the evening.

After breakfast, we are now retracing our journey through the scenic Highway on the bank of the Trishuli River and finally complete our tour in Kathmandu. We take some rest at the hotel before joining the traditional Nepali dinner with live cultural program. The show ends at 9PM.

Today is the departure day and time to say good-bye. We will transfer you to the airport. Fly out Kathmandu with some beautiful memories of the tour.

There are many ancient Buddhist Gompas throughout the country yet to be explored. We included only the major ones which are possible to visit in a short duration. We believe the tour package we designed will be beneficial to the disciples of Buddhism studies, pilgrims and general travellers who are interested in Buddhist Circuit trekking in Nepal.

There is another cross-border Buddhist Circuit Tour available between Nepal and India that connects all the major Buddhist heritage sites such as Lumbini, Bodh Gaya, Sarnath and Kushinagar. They are mainly famous for the important life events of Lord Buddha – Birth, Enlightenment, First Sermon and Death.

Interested for a Pilgrimage Tour of the Buddhist shrines? We can also customize this tour as per your requirements. You may send us your query using the form below: 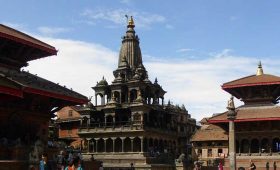 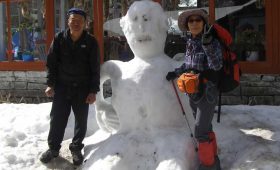 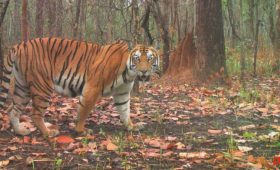